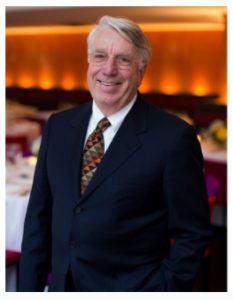 Lou Capozzi is past chairman of the MSL Group, now the world’s 4th-largest public relations firm. He managed firms in 27 countries. Formerly CEO of Manning, Selvage & Lee, he was also Chief Communications Officer for Aetna Life & Casualty and earlier held communications positions in both public relations firms and corporations. A marketing and journalism graduate of New York University’s Stern School of Business, he holds an MBA in Finance from Bernard Baruch Graduate School of Business at City College.

As past president of the PRSA Foundation, Lou worked to drive ethnic and racial diversity in public relations. He is a past president of the Council of Public Relations Firms, and of the International Communications Consultancy Organization (ICCO), where he was inducted into the Hall of Fame. He is an accredited member of PRSA and a member of its College of Fellows. He was awarded PRSA’s Gold Anvil in 2017.

Widely published in professional and business journals, Lou is also a frequent speaker at public relations industry events. He has authored two books, “Crisis Management in the Age of Social Media,” and “Public Relations for the Public Good,” both published by Business Expert Pres.

Learn more about Lou at https://en.wikipedia.org/wiki/Louis_Capozzi

“I enjoyed the evening, especially seeing long time friends and colleagues. The food was good and the program was mercifully brief, albeit substantive.”

“It was great to see many old friends .. Great event.”

“The experience was enlightening. Not only did I gain helpful knowledge about public relations from top industry professionals (Johnson & Johnson, Heyman Associates & MSL Group), I also received reassured career direction from Mr. Harris Diamond’s speech. The speech was the greatest take away. The Paladin dinner is an opportunity any young professional can appreciate. Most of all, to top the night I met the Director of Media Relations at GolinHarris who handed me her card and told me and other PRSSA members, “we are in the middle of intern selection shoot me an email to get in the mix.” Overall, I left thinking wow, what a great night the PRSA foundation established from food to camaraderie.”